Wow and hey. We’re nearly a week deep into the brand-new year and it is already shaping up to be a great one. Episode 4 has been released into the wilds of youtubery and has so far gotten some nice feedback. Meanwhile all VO for episode 5 has been recorded. I don’t know if they’ve edited the audio all down yet, but I’m told they’ve started doing some animation tests. Should be a good episode. The corporate overlords at Blunt  Farce also tell me that they’ve had some tiny tiny bits of interest from some bigger fish. I don’t know what that means exactly, but I assume it is a good thing since they were smiling when they said it.

All I can say is thank-you for such a great 2011. Connecting with old friends and new fans on Facebook and Twitter has been a treat. I thank everyone for every repost, retweet and external link that has helped get the cartoons to more and more people. I hope everyone feels like I have adequately returned such favors. I DO love telling my friends about other cool stuff that you are all doing… so keep up the creativity and sharing… It is still a big world out there and it needs to be filled with joy and magic, and yeah, I might be a little bit ‘medicated’ as I type this.

As for 2012 resolutions, I’m going to try to post more regularly here on the this website. I had no idea people actually wait to see -and share- my “Highly Rated Video Picks” …so I promise there will be more of those. I also resolve to get better at twitter and to really start expanding on that. …but most importantly I’m hoping we can crank out new episodes of the cartoon at more regular intervals.

Me. You. Blunt Farce and… 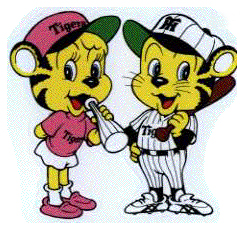